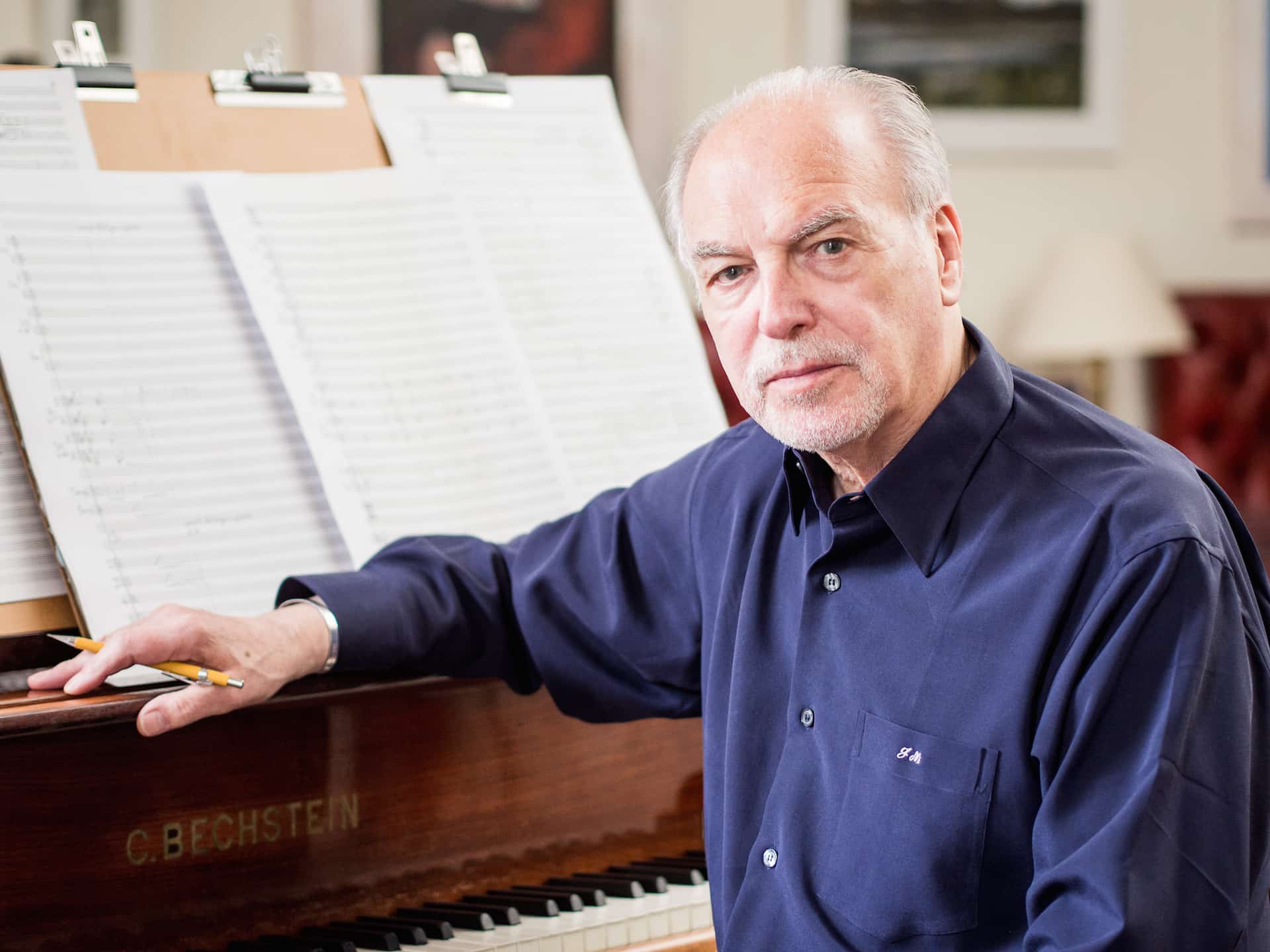 John McLeod is one of Scotland’s foremost composers and amongst the UK’s busiest and most prolific. He studied composition at the Royal Academy of Music with Sir Lennox Berkeley but later came under the influence of Witold Lutoslawski who became his mentor. John has won many awards for his work including the Guinness Prize for British composers.

He was elected a Fellow of the Royal Academy of Music in 1989 and was a recipient of the British Academy of Songwriters, Composers and Authors (BASCA) Gold Badge in 2014. He has been shortlisted twice for a British Composer Award and in June 2016 was appointed CBE in the Queen’s Birthday Honours.

His works have been commissioned, performed and recorded by leading orchestras including the Philharmonia, Hallé, BBC SSO (12 works broadcast) RSNO, SCO, NYOS (22 performances) as well as orchestras in Poland, Germany and the USA and by many ensembles and international soloists including Colin Currie, Peter Donohoe, Raimund Gilvan Dame Evelyn Glennie, Benjamin Luxon, Jane Manning and Murray McLachlan.

In the past few years his output has increased dramatically and has included performances at the BBC Proms, the Aldeburgh, City of London and St Magnus Festivals, as well as a major new works for the Scottish Chamber Orchestra and pianist Murray McLachlan who performed his new Piano Sonata No.5 over 30 times throughout the world in 2014.

The Composers’ Fund will be supporting a new CD recording with the Royal Scottish National Orchestra of four of the composer’s most important orchestral works with Dame Evelyn Glennie as soloist.

If you’re looking to see if we’ve supported someone like you, working in your genre or region, or if you want to find out who we’ve supported through our different funding opportunities and partnership programmes, then please use the drop-down menu search tool.

If you have a specific artist, group, performer, promoter or organisation that you’re looking for, please use the ‘Search’ tool in the top right hand corner of this page. If we have supported them, this is the best way to find out about the support they’ve received from us.